Minolta Hi-Matic. I bought this camera without knowing much, a film was still inside (but did notice too lately, so no found film images) and looked externally in good working order.

The camera suffered from acid leakage from the battery compartment, the range finder was completely blocked and also opaque, the aperture blades always closed.

First I removed the top cover of the camera and then the whole range finder assembly (it comes easily of as a whole). The RF has a top cover which is glued on, I removed it. I cleaned it with avgas and then alcohol. I did not remove the mirrors, but cleaned from above, so it is not perfect: however it is acceptable and the mechanism is free again. 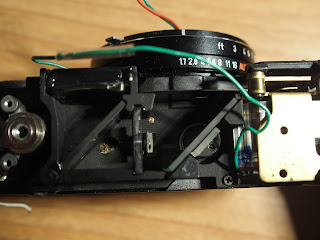 Much harder was trying to revitalize the Light Meter and the Aperture.

At the bottom, the acid leaked and completely ruined the wires, I removed everything and with great pain reconstructed the battery holder.

I had to tackle the lens.  I removed the front cover. It contains the cell, but also a mechanism with a ring that rotating regulates the light on the sensor coupled with the shutter speed.

The Sensor element (sealed CdS) has a small PCB and the wires were completely oxydated and corroded. I cannot tell if this is age damage or caused by vapours of the battery going through the lens. 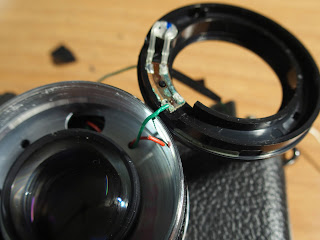 Harder was to get the Aperture. The front part of the lens can be unscrewed, it was very tight and had to use Pliers! I guess the metal stuck a little. Then I could not see how to proceed further and wished not to tackle the lens from the back. No oil was to be seen, but I cleaned and cleaned again with avgas and by miracle this started to move reliable. Fine! 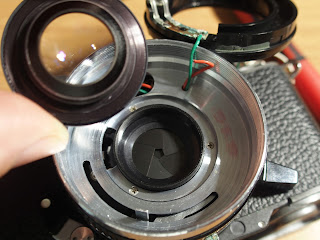 Quite hard was to reconstruct the traces on the PCB. I used a copious amount of solder paste to remove oxydation and slowly proceeded with solder tin and fixed it. 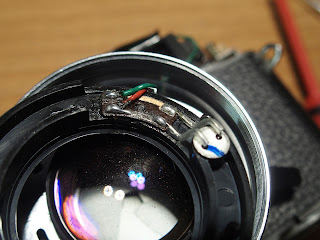 And, then everything reassembled, the compact camera with a very nice 40mm 1.7 lens is ready to go again. 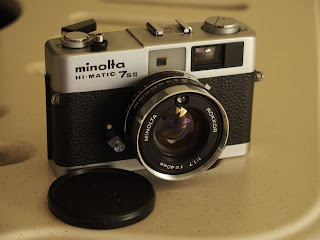 Decently developed, but slightly thin. Perhaps slightly underdeveloped, shadows are thin, but have detail. Also indoor inside a church, the results are quite usable. Grain is very good.

Wheels and Water - Fomapan 200 in Rodinal

Results look fine at a first glance, but they reveal blocked shadows especially in strong contrast. Detail and highlights are great, mid-tones too. Grain is quite good.

Maybe the film does not reach full speed in this developer combination, but just overexposing would have yielded a too high density.

But the best success is the Gratiarum Cartusia, the latin name of "Certosa di Pavia".

Some Winter Portraits of Raffaella... wonderful atmosphere at dusk with the snow. Camera: Rolleiflex 3.5f Planar Film: Rollei RPX100 developed in classic Rodinal 1+50 How would our trusty classic equipment work out? Judge yourself. 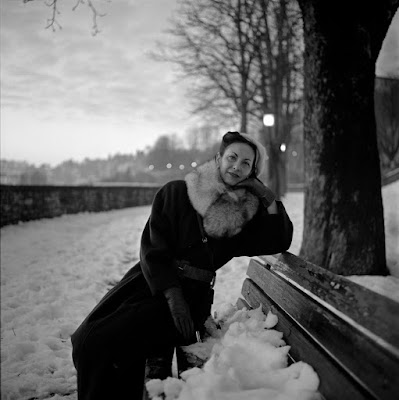 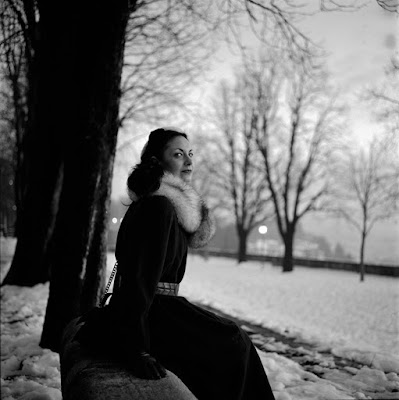 On the 3rd October a consistent flood of the Brembo river, caused by the heavy rains of the whole week and especially the night before, came through the Brembana valley. The peak was in the morning, in the afternoon the sky cleared enough that I took a trip with the motorbike and see if I could capture the immense mass of brown water which ruined many structures near the river.

First I went to iconic San Pellegrino, where the valley is larger and the river banks are walled and and so the water was flowing regular although in a full river bed. Further north, in San Giovanni Bianco, instead, the valley narrows and the power of the flood was more evident.

Black and White images were taken with an Zeiss Ikoflex, Tessar 75/3.5 on Rollei SuperPan 200 developed in Rollei SuperGrain 1+15 for 10' at 21°C and the negatives are pleasant. Shot under harsh light or later in open shade, the film captured all details in a pleasant way.

The Brembo in San Pellegrino:

The river at the old bridge of San Giovanni Bianco, the stones were trembling and shaking at the sheer power of water, but resisted at the end.

Fomapan 100 in SuperGrain: a film for everything? 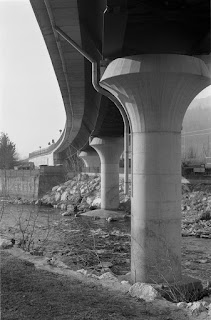 Very good highlight rendition and overall tonal range in this image of rocks and ice: 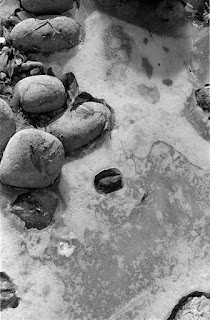 But then I did even some aerial shooting from a Plane, with good light but standard haze, views of Padova are still amazing. 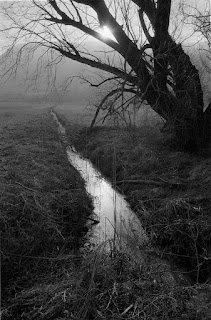